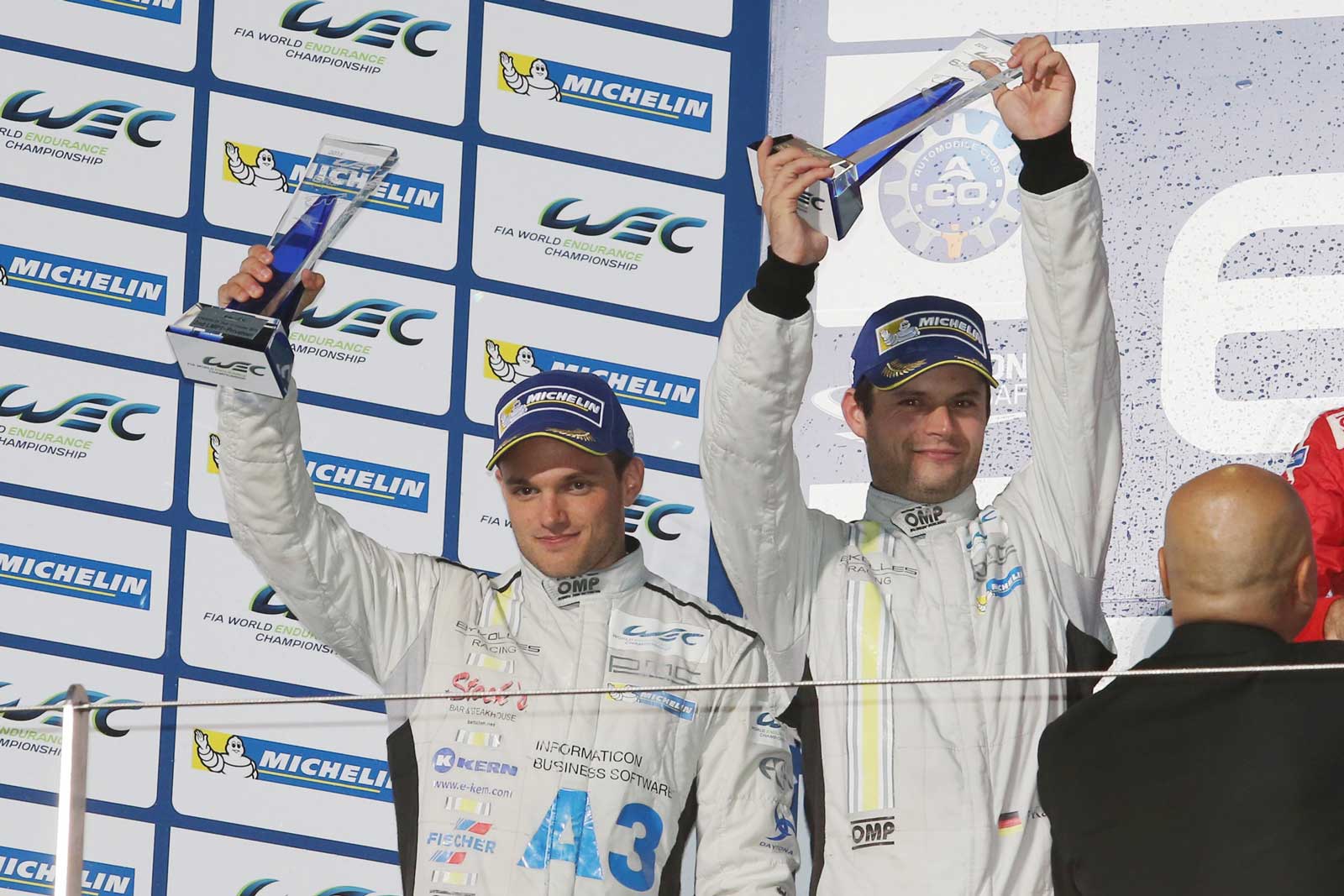 ByKOLLES Racing continues its successful run in the LMP1 privateer class seamlessly with a second place at the Fuji International Speedway. Despite the extreme weather conditions which are typical for this region, Pierre Kaffer and Simon Trummer did not make any mistakes and claimed the eighth place in the overall classification after the six hour-long race.

Boris Bermes, Head of Operations ByKOLLES Racing: “Congratulations to both our drivers and the entire team, they have once again done a flawless job under highly challenging conditions. Due to the weather forecast for the race day we had already tested certain adjustments for a rain setup in the free practice sessions, and in hindsight that was definitely the right decision. The race was started behind the safety car, the go-ahead was given only after 35 minutes, and it took until the end of Simon’s second stint for the track to dry completely. It was the first time that Simon drove the CLM P1/01 on intermediates in racing conditions, and he mastered it impressively quick after a short adaptation phase. Pierre, who had already driven the stint after the race start, took over at the end and brought home an unchallenged second place on slick tyres.”

Pierre Kaffer, driver: "The progress that the team has made in the last couple of months is highly visible, and due to that we deserve to be rewarded with this trophy. In the extremely wet track conditions during the opening stage of the race I just tried to keep it together error-free and with solid speed. We had a few interesting duels with our direct rivals, and at the end we were able to leave at least one Rebellion car behind us. Now, I am looking forward to our next race in China and I am confident that we will be fighting for the victory there.”

Simon Trummer, driver: “It was once again a race weekend at the limit, but I believe that we mastered all challenges well and got the maximum out of the CLM P1/01. It was not an easy task, especially with the rapid degradation of the intermediates at the end of my stint. The eighth place in the overall classification is of course a confirmation that we are on the right course, but we will keep pushing to score another class victory or two in the last two races of the season. By the way, Japan and its incredibly passionate fans have made a huge impression on me: It is a country in which our sport is valued really highly. ”