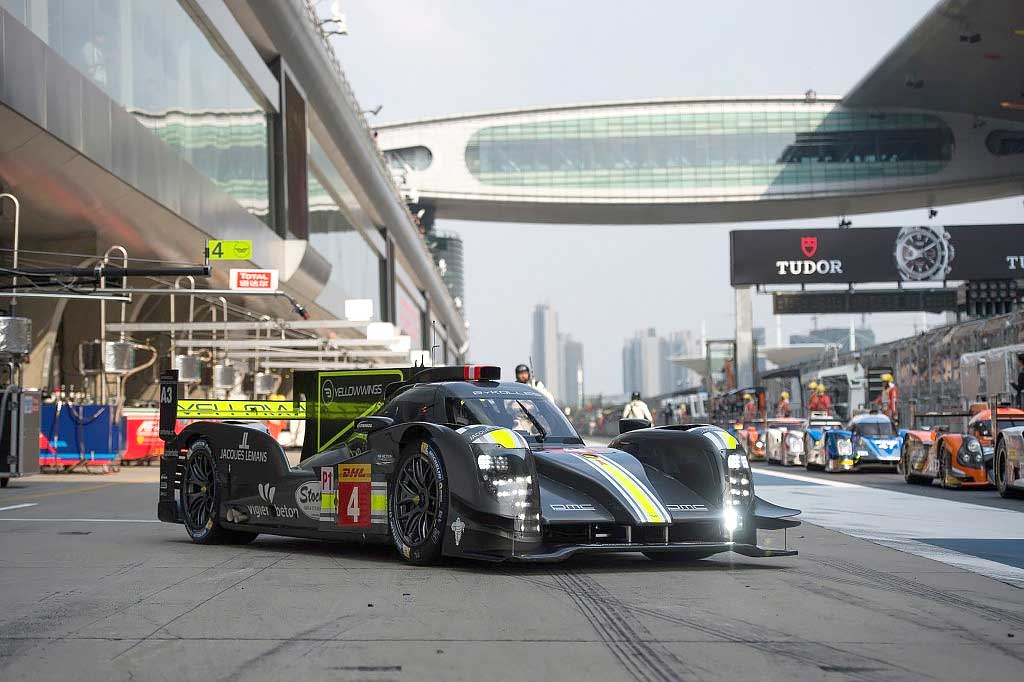 Second place in Shanghai for Kaffer/Trummer

Thanks to another flawless performance under difficult track conditions in Shanghai, the ByKOLLES Racing team finished the latest six hour race on the podium. Even a victory in the LMP1 privateer class was within reach, but due to a full course yellow phase in the final stage of the race, the CLM P1/01 eventually crossed the finish line in second place.

Boris Bermes, Head of Operations ByKOLLES Racing: “It was a fantastic fight in the LMP1 class, and we are accordingly happy about our fourth podium finish in a row. Pierre was dominating from the start on, and I was impressed in particular by his overtaking manoeuvre on Mathias Beche. He was slowed down by a GT car only on his way to the pit lane, which was the only reason why he lost the lead. We changed to intermediates only after four hours, and switched to slick tyres for the last two stints. Considering the number of spins and accidents, Pierre and Simon, who was once again able to improve massively during the course of the weekend, did an incredible job with their error-free performance. We are very happy with the performance of the entire team.“

Pierre Kaffer, Driver ByKOLLES Racing: "We took the CLM P1/01 to the rain during the first hours like a duck to water, and we had a great fight with the Rebellion car. Especially the duel with Beche was great fun. Following his accident we had our eyes set on the class victory already, but after a full course yellow in the last minute we could just not decide it in our favour. It is nevertheless a great feeling to be on the podium for the fourth time in a row and make further progress with our car.“

Simon Trummer, Driver ByKOLLES Racing: „At the track in Shanghai I was once again in uncharted waters, but after a short phase of adaptation on Friday I was able to improve quickly. Our car was really fast on wet weather tyres and I was able to push well. It was a bit more difficult on intermediates, but just like in our past races the strategy we bet on was to make as little mistakes as possible, and it almost worked out. Now I am really looking forward to the seasons finale in Bahrain, where I know the track very well and finished on the podium in the GP2 Series.“